SEARCHING NEW SKIES, THE MOVIE
FROM THE ORIGINAL SHORT STORY - THE
IMMIGRANT 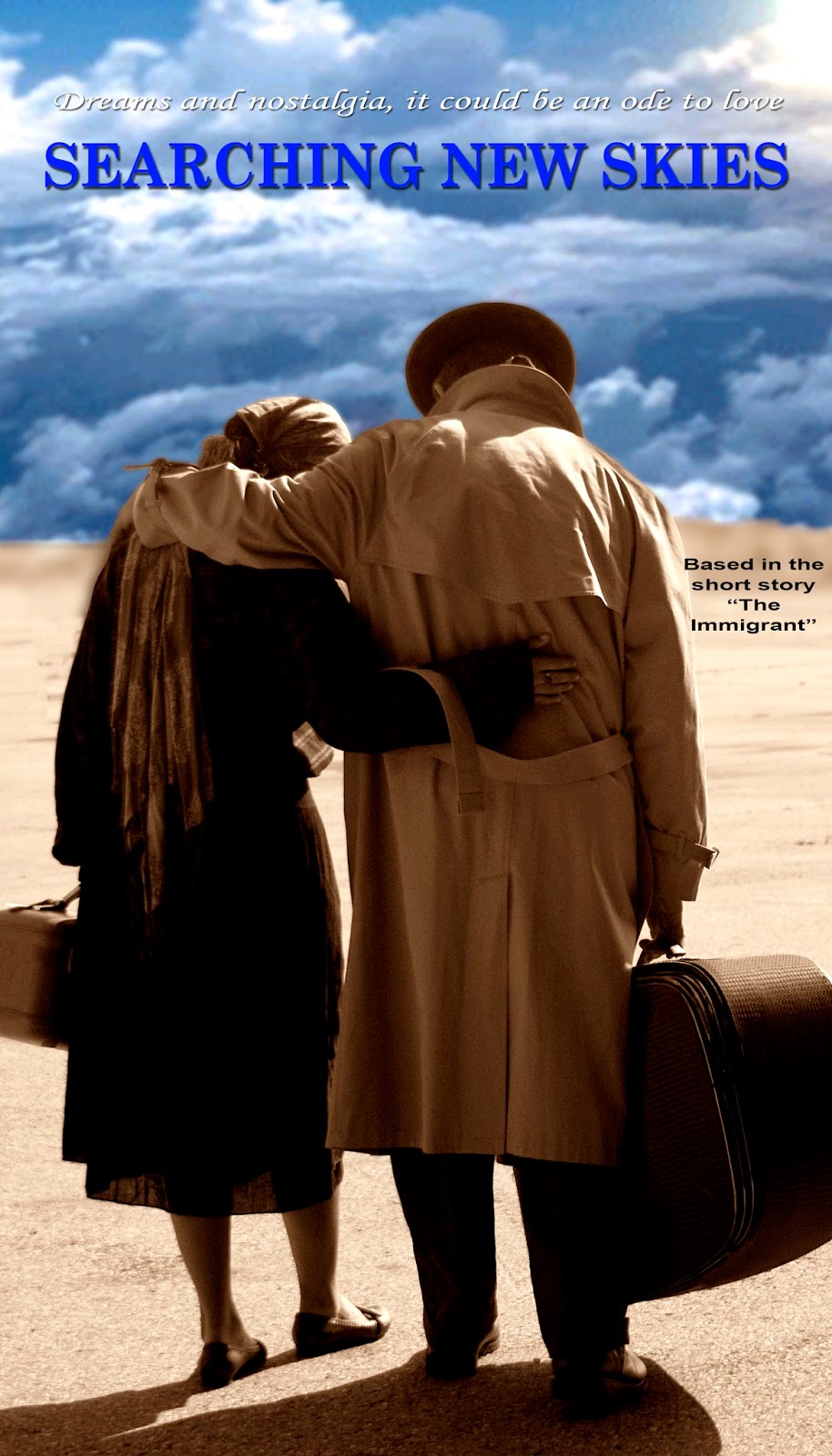 Searching New Skies is a dream and an ancient drama that has experienced the men since the beginning of time: the inevitable need to love even at the cost of his own personal sacrifice, and the phenomenon of human mobility that marked our species from the African savannas million years ago to the present days, obliged many times, by the urgency to seek a better future for themselves and their families.
Searching New Skies is a song, an ode to love, an effort and courage which overcomes the nostalgia and cultural barriers to keep walking against all odds.

This short film was born from the movie screenplay adaptation of the short story "The Immigrant" by Daniel Walter Lencinas, which is part of his latest book "Perceptions", a collection of twelve short stories.
The screenplay was written jointly by the Director of this film, Daniel Lencinas, and Producer of the same, Julio Frómeta. Some new characters were incorporated to the play, which are not listed in the original story. New rising actions were created which are different from the original literary source.
The result is three separated stories but connected by a main thread that causes each of them to be part of the other two stories.

Help us with your donation to produce this movie by clicking at the button below.


We appreciate your support
Posted by Unknown at 10:54 AM No comments:


To continue celebrating the beauty, the art and the sensuality of our models from our pages of  SEXY GLAM MAGAZINE.
Spring is coming and with it the time where the beauty of the woman seems to grow to its best. The temperature and gentle colors blend magically to become one with female bodies that are decorated with these colors while skin gets darker with the warmth of the spring rays. This month in SEXY GLAM MAGAZINE, we are surrounded by beauty, because we have nothing less than Miss Hispanic 2015 from New Jersey, Lisli Flores-Benitez and her runner up Melissa Rosales gracing the pages of our Magazine.


Also the magic of the fairy tales come together to this special month to SEXY GLAM MAGAZINE by the hand of Vittoriana, a beautiful model that let us do body paint from me and also from Eli Ortega, a wonderful plastic artist who is a regular in our magazine, that under the spell of brushes arose a sexy Faerie Godmother with a dark and a sweet productions, bringing some tender and some dark moments, but all of the, full of glamour. From Mendoza, Argentina, we have Sergio Russo as a guest photographer, who made a hot production of Leonardo Calvo and Mayra Dominguez, both models from Argentina that will delight us with their sensual and artistic game. A number of collection of this magazine which passes its fourth year of life. Enjoy this edition.
Posted by Unknown at 8:38 PM No comments:

My profile at Model Mayhem